Brain decoder can eavesdrop on your inner voice. 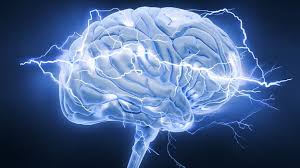 As you read this, your neurons are firing – that brain activity can now be decoded to reveal the silent words in your head

TALKING to yourself used to be a strictly private pastime. That’sno longer the case – researchers have eavesdropped on our internal monologue for the first time. The achievement is a step towards helping people who cannot physically speak communicate with the outside world.

“If you’re reading text in a newspaper or a book, you hear a voice in your own head,” says Brian Pasley at the University of California, Berkeley. “We’re trying to decode the brain activity related to that voice to create a medical prosthesis that can allow someone who is paralysed or locked in to speak.”

When you hear someone speak, sound waves activate sensory neurons in your inner ear. These neurons pass information to areas of the brain where different…

Why Evolution Is True

A famous anecdote from 19th century New England involves Margaret Fuller, an early feminist and ardent exponent of the spiritual movement of transcendentalism. Besotted by her emotions, she once blurted out, “I accept the universe!”  When he heard of this, the Scottish philosopher Thomas Carlyle remarked dryly, “Gad—she’d better.”

While the story may be apocryphal, if you replace Fuller with Pope Francis and “the universe” with “evolution,” then Carlyle’s feelings are identical to mine. For, according to many media outlets (for example, here, here, and here), Pope Francis has just declared that he accepts the fact of evolution.

Gad, he’d better.  Evolution has been an accepted scientific fact since about 1870, roughly a decade after the theory was proposed by Darwin in 1859. And there are mountains of evidence supporting it, as documented in my book Why Evolution is True, and no evidence for the religious alternative of…

These quotes will make your jaw drop, but the reality is that climate change denial is slowly going extinct as the majority of voters are understanding the problem.

The Link: Cruelty to Animals and Violance Towards People | Animal Legal & Historical Center.

The Trophy-Hunting Cheerleader From Texas Now Has Her Own Show

The 19-year-old Texas cheerleader whose trophy-hunting exploits sparked Internet outrage this summer is back with a YouTube series. The title? Game On.

The show’s 11-minute premiere episode, sponsored by rifle maker Remington, follows Jones and her best friend, Taylor Altom, “as they slip away from college for a weekend to go gator hunting” in Lake Charles, La.

According to the episode’s YouTube page, the hunt was part of an annual state-promoted alligator-hunting season on Private Island. On camera Jones and Altom show off their harvest tags and hunting licenses, issued by the Louisiana Department of Wildlife and Fisheries. With the help of local rancher Charles Schultz and a baited hook, Jones guns down and catches an eight-footer. (Just in case viewers missed it, the shot is replayed in slow motion.)

“Now that’s how you shoot an alligator right there,” says Jones as the animal is pulled into the boat. On her Facebook page, Jones posted a “bonus scene” in which Schultz tells the girls all about ammo selection as their catch’s head sits on a dining room table.

Four decades ago, hunting and habitat loss almost drove alligators to extinction. Twenty years after being declared endangered, the animal was removed from the endangered species list in 1987. Besides Louisiana, South Carolina, Florida, Mississippi, and Georgia supervise the hunting of alligators. But as The Dodo points out, hunting methods including baited hooks have been called inhumane.

What animals are next for Jones’ show? She hasn’t announced them yet, though her previous hunts—photos of which incurred the wrath of wildlife advocates—included lions and cheetahs. The first animal Jones shot, as a 13-year-old on a safari trip in South Africa, was a southern white rhinoceros, a nearly threatened species. (As of Oct. 17, only six of the species’ northern counterparts are left.)

But Jones’ stunts don’t offend everyone. In July, golfer John Peterson tweeted, “If it was a 60-year-old overweight dude posing with his African kills, no one would talk.