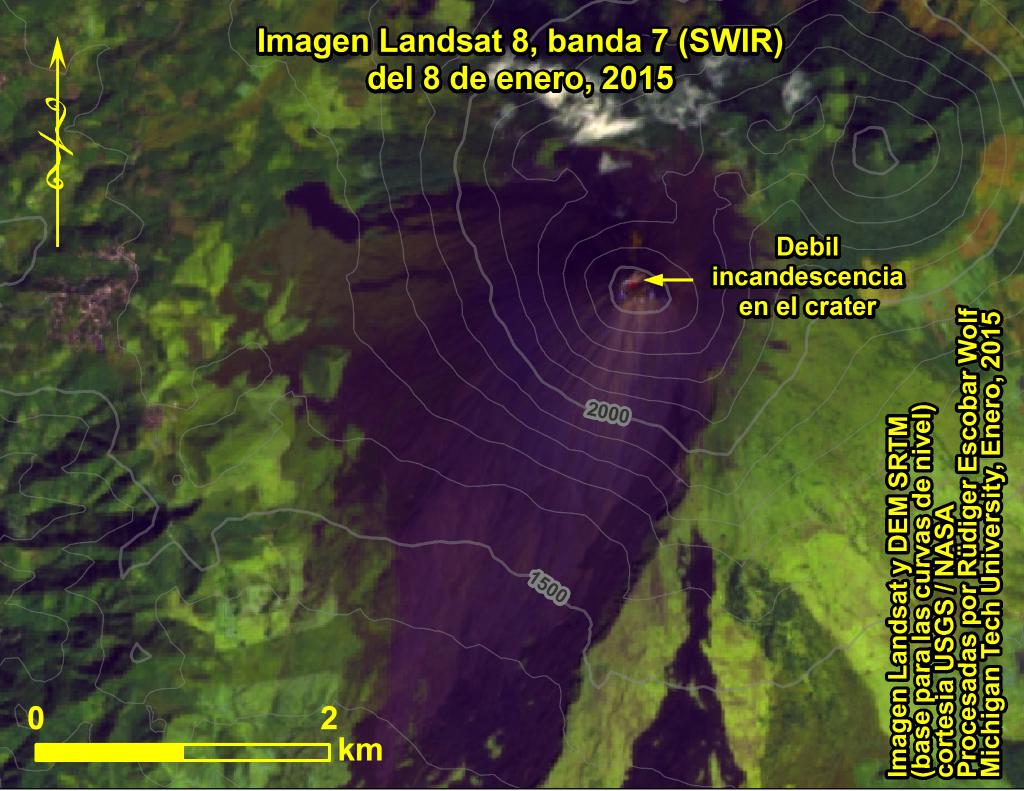 Pacaya (Guatemala): The volcano is becoming active again. In a special bulletin yesterday, INSIVUMEH reported that ash emissions occurred from the volcano.
Seismicity has been above normal and elevated temperatures were measured at the Mackenney crater, but also, surprisingly, at the older Cerro Chino cone ( north of the former one). Whether this is the precursor of a stronger eruptive phase in the near future cannot be predicted, but is a possibility and would not be surprising, given that the volcano is one of Central America’s most active.
A satellite image from 8 January already indicates the presence of a thermal anomaly at the Mackenney crater, but did not show any degassing.