A nuclear research reactor in Norway suffered a minor radiation leak that is not believed to pose a threat to public health or the environment, Norwegian authorities said Tuesday.

The leak of radioactive iodine happened on Monday at the Institute for Energy Technology in Halden, in the country’s southeast, the Norwegian Radiation Protection Authority (NRPA) said in a statement on its website.

“According to the information NRPA has received so far, this discharge will not have any consequences for health or the environment outside the plant.”

The NRPA added that it will begin a new series of inspections to identify the cause of the leak as well as to determine why authorities were not alerted until the day after the incident.

Norway does not use nuclear power to meet its energy needs but the Institute for Energy Technology maintains two reactors for research purposes.

It was announced on October 10 that they would be temporarily closed for economic reasons.

The Selangor State government can’t hold the polluters responsible if contaminations have occurred outside its borders.

During a quiet moment the other day I decided to have a snoop on-line and see what our local hunt (the Oakley Hounds) had been up to. There’s been big changes there recently, the huntsman (Bill Bishop) left to go to the West Norfolk Foxhounds, the Whipper-in (Aiden Beaney) disappeared into thin air (or maybe up his own arse) and there was a new batch of Masters. Guy Napier with whom I spoke with last season (see here) is no longer a master, so alongside the constant gruesome twosome of Lydia Thompson and Caroline Evans we have new masters, Nikki Lightfoot and Steve Harris.

We have our suspicions as to why there have been these musical chairs within the organisation and no doubt more will come to light in due course however we’re fairly certain that all is not particularly well at the Oakley, so we’re obviously quite…

You may remember that some time ago I suspected a senior member of the local police was a rider with the Oakley hunt (see here). To recap, my suspicions were aroused when multiple units would attend a fox hunt and sometimes even the police helicopter. What you have to remember is that this is from a county where police funding is critically poor and has the large urban conurbation of Luton to police. So how do they justify all this expense, clearly someone was pulling some strings.

I then did some digging on one of the new masters of the Oakley and turned up this little beauty (see here). Now I try not to tar everyone or organisations with the same brush. I like to take people as I find them and reserve judgement on their actions rather than words so consider myself fairly even handed… 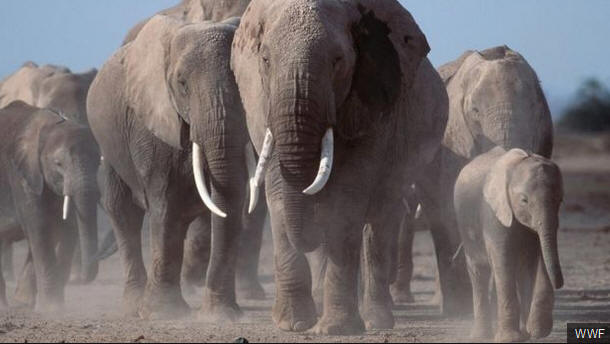 Click link below picture . Global wildlife populations have fallen by 58% since 1970, a report says. The Living Planet assessment, by the Zoological Society of London (ZSL) and WWF, suggests that if the trend continues that decline could reach two-thirds among vertebrates by 2020. The figures suggest that animals living in lakes, rivers and […]

Ministers are planning a fresh vote on repealing the fox hunting ban. A source close to Andrea Leadsom, the environment secretary, confirmed that she stood by David Cameron’s…