Ethical considerations need to be extended to animals in scientific studies 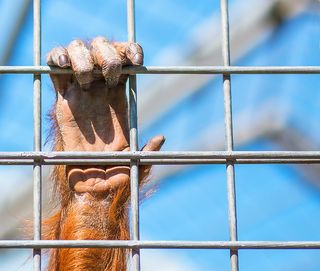 Having recently prepped a developmental psychology course that I hadn’t taught since graduate school, I have become reintroduced to this subfield of psychology. As I was reacquainting myself with the research regarding attachment theories, I became appalled to find very little scholarly backlash against Harry Harlow’s research on maternal deprivation that was done on rhesus monkeys. Almost as an aside, some scholarly articles identified the perceived cruelty of his research, but the ethics of his work gained minimal attention in comparison to the far reaching implications and theory behind his research that was written about far more at length.

For those of you unfamiliar with Harlow’s work, his is listed in one mainstream online article under the illustrious “top ten” list of experiments in psychology that could never be done today for ethical reasons. The writer summarizes his work:

In the 1950s, Harry Harlow of the University of Wisconsin tested infant dependency using rhesus monkeys in his experiments rather than human babies. The monkey was removed from its actual mother, which was replaced with two “mothers,” one made of cloth and one made of wire. The cloth “mother” served no purpose other than its comforting feel whereas the wire “mother” fed the monkey through a bottle. The monkey spent the majority of his day next to the cloth “mother” and only around one hour a day next to the wire “mother,” despite the association between the wire model and food.

Harlow also used intimidation to prove that the monkey found the cloth “mother” to be superior. He would scare the infants and watch as the monkey ran towards the cloth model. Harlow also conducted experiments that isolated monkeys from other monkeys in order to show that those who did not learn to be part of the group at a young age were unable to assimilate and mate when they got older. (As reported by Danko, 2013, paras 11-12)

I would add that the isolation studies separated infant monkeys from their mothers almost immediately after birth, for up to the entire first year of the infant’s life. Harlow published multiple papers on these types of maternal deprivation studies, and actually won a national medal of science based on this work with monkeys, in addition to being named the president of the American Psychological Association (APA). The APA is the governing body for researchers in the field of psychology that is supposed to offer oversight of our work, which include whether ethical principles are being followed in our research. Ironically, this same governing body would eventually shut down Harlow’s work in the 1980s, on ethical grounds. There is evidence, however, to suggest that the University of Wisconsin resumed maternal deprivation more recently, in 2012 (see “Maternal Deprivation (link is external)” overview by the Alliance for Animals).

Traditional courses in psychology have overlooked for far too long research done that violated ethical standards in favor of teaching the theories that the researchers demonstrated through their work—Watson remains revered within the field with little scrutiny of the ethics of his work (see my criticism on PT). Rather than celebrating these figures and marginalizing the outrageous ethical violations their work represented, they should be taught with significant scrutiny to their research and legacy. It should not be an aside to consider the cruelty of Harlow’s work, it should be central to any discussion of maternal deprivation in the context of a psychology course. Science should never trump human—or in this case, animal—rights and dignity.

It should not only be bloggers and mainstream sources online offering a harsh spotlight on the ethics of Harlow’s research. Academics should be on the front lines of condemning such work as well, for they represent a betrayal of the basic notions of dignity and decency we should all be upholding in our research, especially in the case of vulnerable populations in our samples—such as helpless animals or young children.

via How scientists can be sure that Kilauea won’t turn into the next Mount St. Helens | Popular Science

An octopus trying to look stealthy.

via Octopuses are not aliens, but boy are they a bunch of beautiful weirdos | Popular Science

via Octopuses are not aliens, but boy are they a bunch of beautiful weirdos | Popular Science

Share on Facebook Share on Twitter Calling for Overhaul of Nation’s Food System, New Campaign Seeks Ban on Factory Farms Posted on May 18, 2018Natural Health News By Jessica Corbett 🔊 Listen to Article Farmers, environmental advocates, and community leaders came together in Des Moines, Iowa on Monday to launch a national campaign to outlaw factory farming, in […] Only a month after a teacher in Idaho teacher allegedly fed a live puppy to a snapping turtle in front of his class, yet another public school teacher has caused a controversy by torturing an animal to death in front of students by slowly drowning them in a garbage can full of water. This time, the psychopath in question resides in Florida and the incident at Forest High School in Marion County was caught on camera. The victims were two raccoons and an opossum.

An investigation is now underway after a student brought home a video recording of the incident that the students were forced to participate in. The student’s mother said that the student came home in tears over being forced to take part in the murder.

Apparently, the raccoons were blamed for killing chickens being raised by the agricultural class. The teacher trapped the raccoons in a wire cage. He then filled a large garbage can with water and lowered the raccoons into the water-filled can. As the raccoons struggled to get their heads above water in order to breathe, the teacher and his students held them down with metal rods.

An opossum was later found (not blamed for killing chickens) and was killed for sport.

The students were forced to take part and anyone who refused was threatened with a “referral,” which means punishment.

The killing of the opossum and the threat of the “referral” shows that the psychopath in charge of teaching children knew what he was doing was either illegal or would result in controversy, hence his need to hide the act. The opossum was not blamed for killing chickens, however, so clearly the killing was motivated by a desire to drown and kill a defenseless animal.

While the student who reported the incident was traumatized by the event (as anyone with a conscience is prone to be) it should be noted how many students were happy to take place in the act. Both the students who were traumatized at the event and those that happily took part are now obviously in need of counseling since such gleeful participation in drowning animals is not a hallmark of being well adjusted. In fact, it is much more likely that such behavior is the hallmark of a sadist or serial killer.

That such incidents are becoming more and more common shows just how dangerous and sick public schools have become. Hopefully, the teacher who led the animal lynching will not only be fired but will be forced to suffer criminal and legal consequences.