This 1977 live music video from England is Siouxsie and the Banshees – Carcass.

The lyrics are about a slaughterhouse worker falling in love with a dead pig‘s carcass, leading to his self-mutilation and death.

Today, with COVID-19, slaughterhouse workers’ health and lives are endangered in a different way.

Not only the health and lives of slaughterhouse workers; also of people they may come into contact with.

China has temporarily stopped importing pork from four Dutch meat corporations that have had coronavirus infections. China is holding back imports from multiple countries following the recent upsurge of the coronavirus in Beijing, the capital. According to the Dutch Ministry of Agriculture and the meatpacking sector, China may see imports of fish and meat from slaughterhouses where employees are or have been infected with the coronavirus as a source of infection. 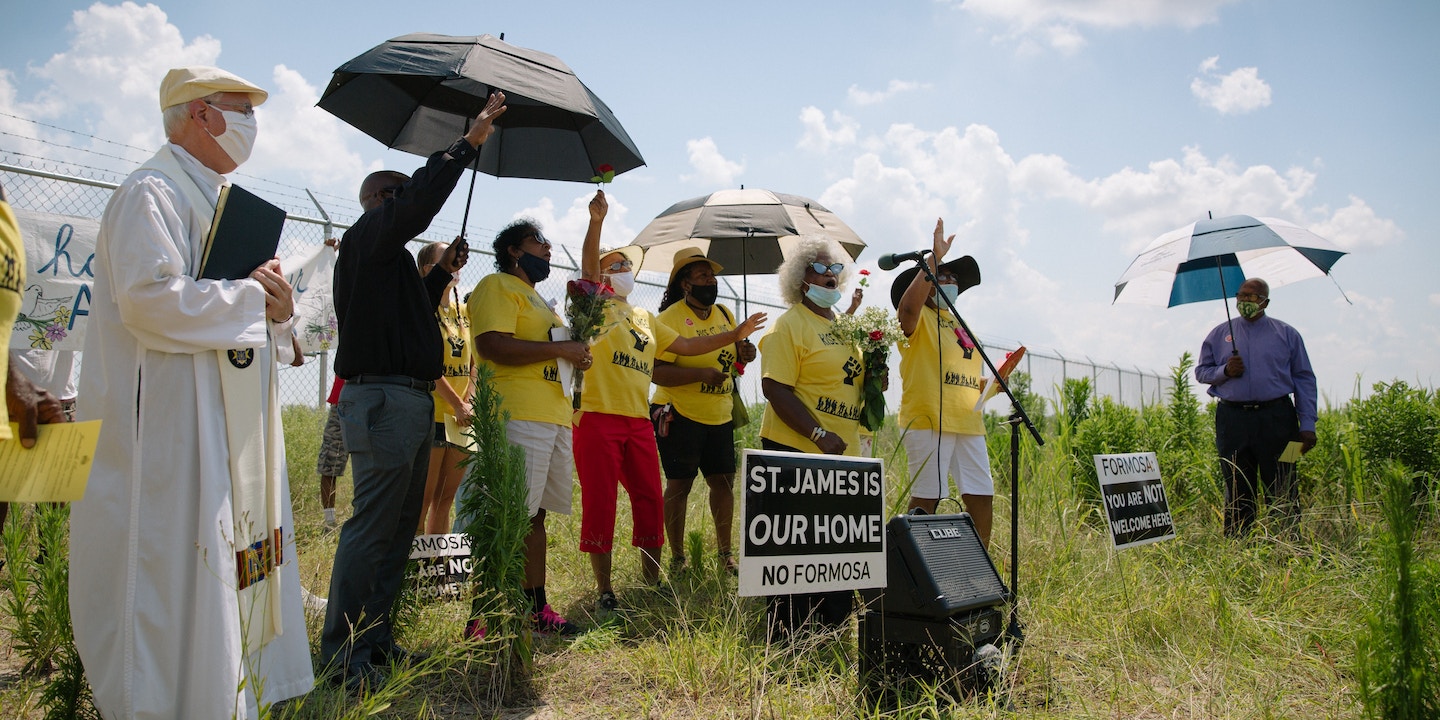 DONATE
13
Juneteenth commemoration at a burial site for enslaved people, located in a field where Formosa plans to build one of its facilities. Photo: Courtesy of Bron Moyi/Louisiana Bucket Brigade

TWO LEADERS OF the long-running fight for environmental justice in Louisiana turned themselves in to police in Baton Rouge Thursday morning. The activists, who work in a part of the state known as “Cancer Alley,” faced charges of “terrorizing” related to a nonviolent protest action. Civil liberties attorneys are calling the charges a dramatic escalation of a yearslong effort by the fossil fuel and petrochemical industries to criminalize efforts to halt the expansion of polluting facilities in the state — part of a nationwide trend of cracking down on dissent around climate change issues.

The accusations against the activists, Anne Rolfes and Kate McIntosh, stem from a seemingly innocuous activist stunt carried out in December, the day after a festival designed to draw attention to the environmental misdeeds of Formosa Plastics. The Taiwanese petrochemical company plans to build a massive plastics manufacturing complex in a largely Black Louisiana community that has already suffered health problems linked to local industry. In October, Formosa agreed to a $50 million settlement for dumping pollutants, including the small pellets that form the building blocks for plastic products known as nurdles, into Texas’s Lavaca Bay — the largest settlement of a Clean Water Act lawsuit filed by private citizens….

This 25 June 2020 video shows a bumblebee licking aphids for their honeydew. The bumblebees use the honey for making a special kind of honey, honeydew honey. Laura Arends in the Netherlands made this video.

via Bumblebee licks aphids for honey — Dear Kitty. Some blog

KY Humane Society
@kyhumane
TWIGGY UPDATE: Twiggy is up to 2.77 lbs and had a great checkup with her favorite person, Dr. Bewley, today! Twiggy is looking for some help for her & her friends, you see, we’re out of canned food! Can you help our dogs out? We would be so grateful! https://tinyurl.com/HelpShelterPetsAmazon… 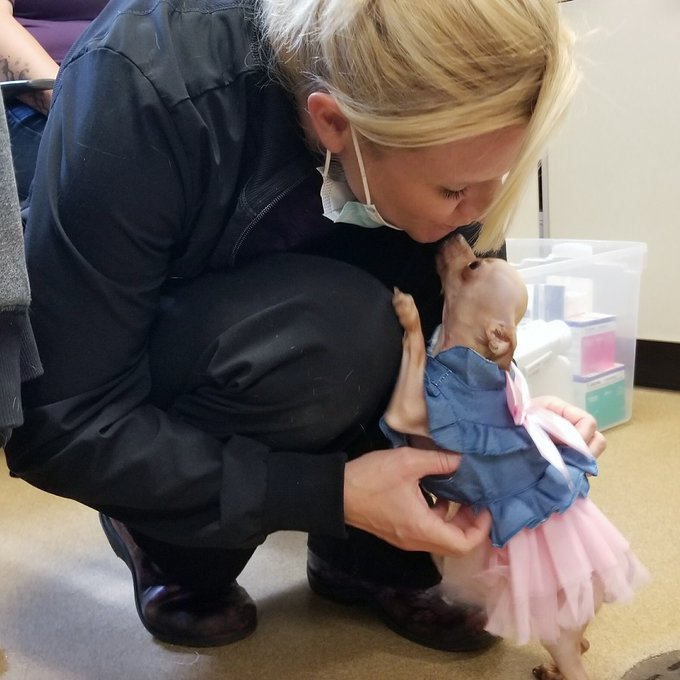 The next day, the 280 cats were rescued. 10 cats were said to have been stuffed into a tiny cage, and many are said to be pregnant.

The cats were offloaded to a temporary location in Taiyuan City, Shanxi Province for sorting, quarantine and emergency triage.#StopCatMeatTradepic.twitter.com/lZHe7H83gc